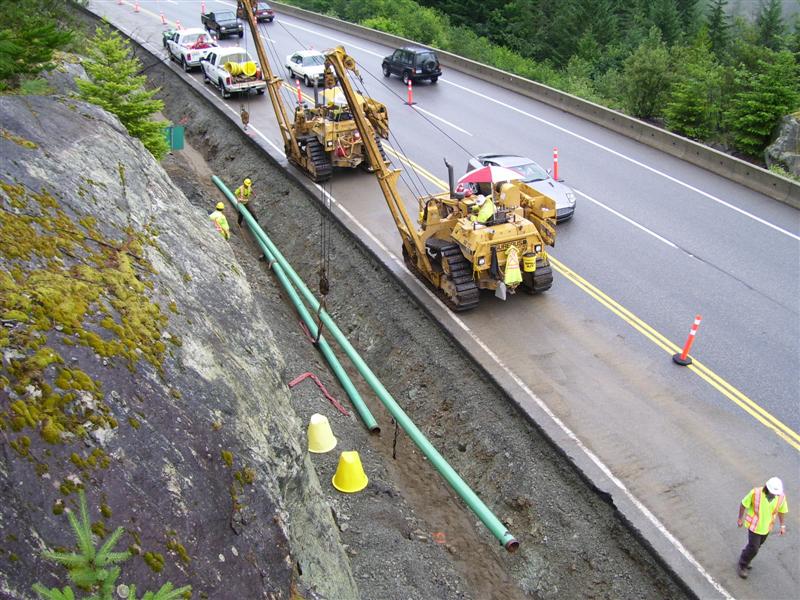 In advance of the 2010 Vancouver Winter Olympics, Surerus was selected to install the main natural gas pipeline along Highway 99 between Squamish and Whistler, BC. The work was completed in conjunction with Peter Kiewit Sons Sea to Sky Highway Project where the pipe was installed in the shoulder of the previously upgraded highway. There was considerable rock encountered along the entire alignment and Surerus completed four aerial crossings of creeks and rivers under existing bridges during construction. On average, 16,000 vehicles passed through the construction zone each day.

For General Inquiries:This email address is being protected from spambots. You need JavaScript enabled to view it.